The mission of The Montessori Infant & Toddler School (MITS) is to provide young children with a safe, prepared environment in which they can observe, absorb, and explore at their own pace and develop movement, language, and social skills to prepare them for the next steps in their education. 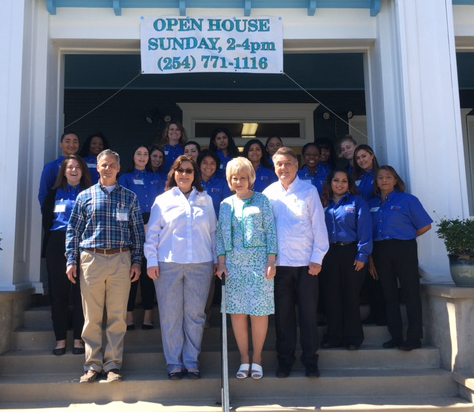 Here at the Montessori Infant & Toddler School, we believe in educating the total child. In pursuit of that goal, our students are guided to activities and lessons which stimulate the mind, body, and spirit. MITS is a non-profit, non-graded, and appropriate placement educational institution licensed by the state of Texas.

Curriculum activities include sensorial experiences and practical life skills, along with language, art, music, and directed movement activities. Lessons are designed to foster independence, self-awareness, and self-esteem at a young age, and to prepare children for their future academic and social lives.

MITS is staffed by a certified professional Montessori teacher and qualified assistant teachers who have been trained to build trusting relationships with children and to create environments which present a rich array of interactive experiences.

MITS opened its doors for the first time in October of 2017, but its parent organization, The Montessori Schools of Central Texas, has been in operation since 1982. MITS offers programs for infants, ages 6 weeks to 24 months, and toddlers, ages 24 months to 3 years. These students may then graduate to our parent school next door for children ages 3 to 6.

The Montessori School accepts children without regard to national origin, race, color, creed, or religion.

The parent school, Montessori Schools of Central Texas, was founded in 1982, by Drs. Jerry and Sherry O’Donnell, as a private nondenominational Christian school for young children. The school began in a two-car converted garage at the rear of the O’Donnell’s home in McGregor, Texas, with twelve students, Mrs. O’Donnell as teacher, and an aide. The following year, the school expanded and transferred to a new location with more space. The student body continued to grow until, in 1986, the school moved to Temple, Texas. For three years, the school was located on the grounds of Trinity Church, occupying a separate building for the last two years. In 1990, the school was moved again, to what is now the current location at 1302 S. 27th Street in Temple, in a beautiful Victorian-era house. This change allowed the school to open enrollment for three classes with three different age groups, in order to offer educational opportunities to children ages 3 to 12. In 1995, the school purchased an adjacent property and house and converted it to use as another classroom. In 2003, MSCT established a satellite campus with two primary classes (ages 3-6) in Killeen, Texas. In late 2016, the O’Donnell’s decided to add a new building to the Temple property and open a school for infants and toddlers. Construction began in April 2017 and the Montessori Infant & Toddler School (MITS) opened its doors in October of 2017. Between MSCT and MITS, the Temple location will offer educational programs for children from 6 weeks to 9 years old.

MITS has its beginning from a strong foundation as MSCT will celebrate 39 years of excellence starting in the 2021-2022 school year.